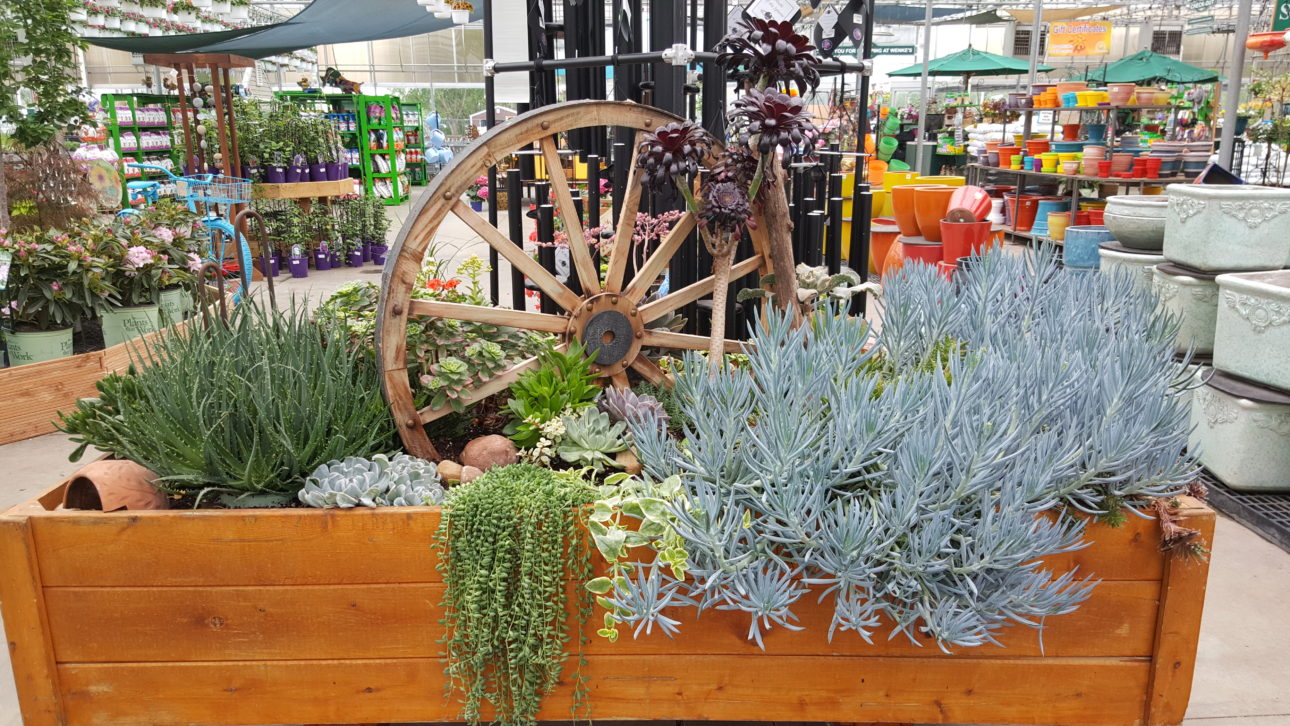 Succulents are booming in popularity for two simple reasons: they are beautiful and nearly indestructible.

A succulent, by definition, is any plant with thick, fleshy water storage organs. Succulents store water in their leaves and stems and sometimes even their roots. Succulents are available in an incredible variety of interesting leaf forms and plant shapes, including paddle leaves, tight rosettes, and bushy or trailing columns of teardrop leaves. Succulents look amazing when planted in dish gardens and we’ve got a great selection to choose from right now!

Light: Succulents prefer bright light, such as found on a south-facing window. Watch the leaves for indications that the light level is correct. Some species will scorch if suddenly exposed to direct sunlight. The leaves will turn brown or white as the plant bleaches out and the soft tissues are destroyed. Alternatively, a succulent that is not getting enough light will begin to stretch, with an elongated stem and widely spaced leaves. The solution is to provide better light and prune the plant back to its original shape. Many kinds of succulents will thrive outdoors in the summer.

Water: Succulents should be watered generously in the summer. The potting mix should be allowed to dry between watering, but do not underwater. During the winter, when the plants go dormant, cut watering back to once every other month. Over-watering will lead to plant rot. Plant rot is the single most common cause of plant failure. Be aware, though, that an over-watered succulent might at first plump up and look very healthy. However, the cause of death may have already set in underground, with rot spreading upward from the root system. A succulent should never be allowed to sit in water.

Fertilizer: During the summer growing season, fertilizer as you would with other houseplants. Stop fertilizing entirely during the winter.