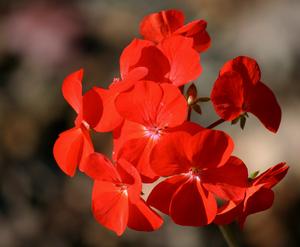 Geraniums are a very popular plant and have been for many years. I can’t speak for everyone, but I believe that they are a favorite not only because of their beauty but also because of their strength. Geraniums are able to thrive in hot, dry and sunny locations better than almost any other annual. Red is the color most people request but that should not deter anyone from noticing the beautiful salmons, purples, pinks and whites that are available. 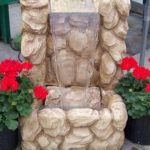 Geraniums perform best when the spent flowers are removed in a process known as “dead-heading”. The small amount of time required to remove the dead flowers is well worth the results. (If you’re not familiar with how to do this, please feel free to ask anyone at Wenke Greenhouses for instruction.)