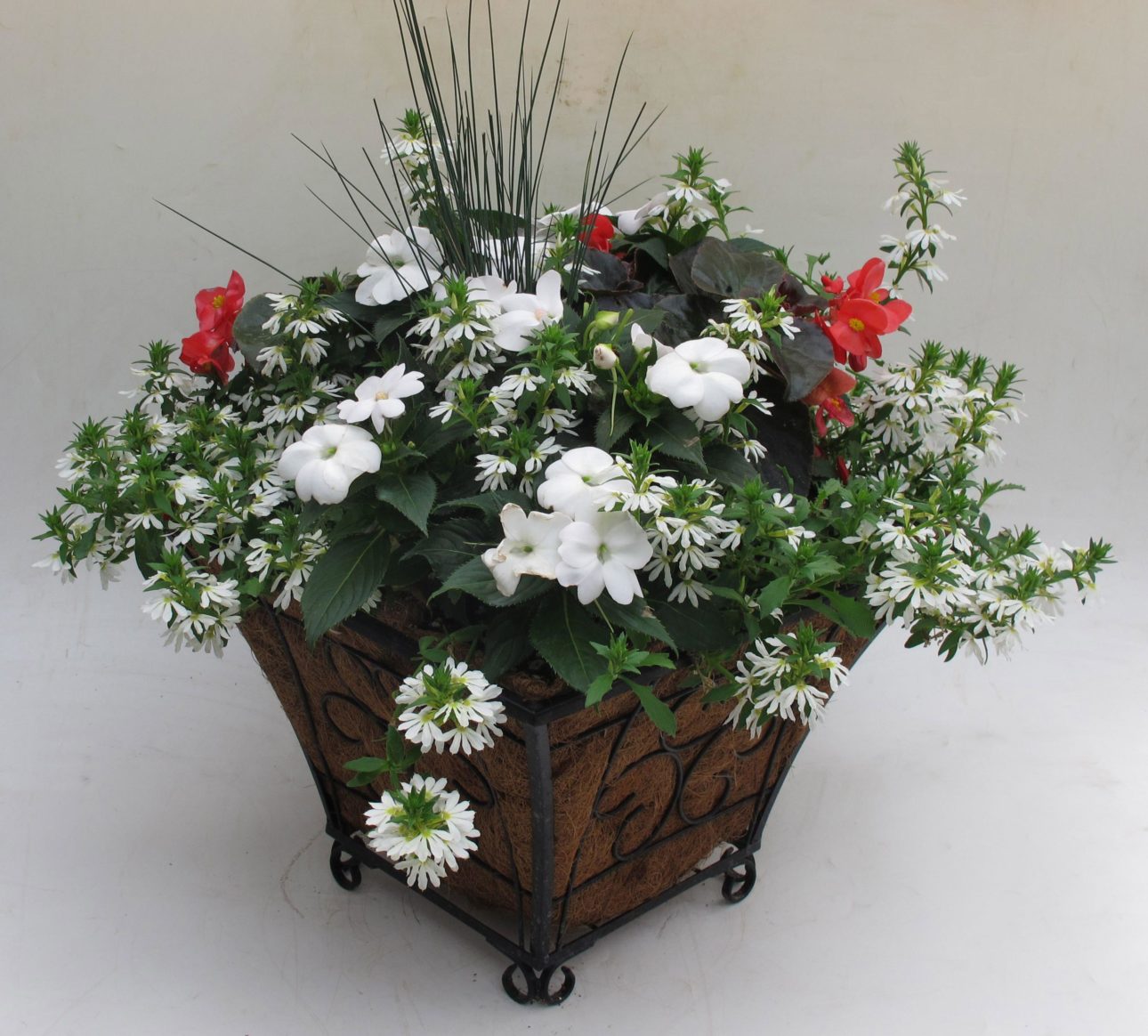 Three ingredients are all it takes to plant one gorgeous pot after another – it’s as easy as one, two, three.

The first ingredient is an attention-grabbing plant, also called a thriller. This plant takes center stage in a container, serving as the star of the design production. All other plants relate to this player in some way. Usually the thriller plant features an in-your-face shape with a strong upright growth habit. Thrillers typically unleash flower power by blooming nonstop all season, or they unfurl dramatic leaves. In containers viewed from all sides, place a thriller in the center. In containers placed against a wall, position it in the back.

The second ingredient, known as the filler, complements the thriller, but it never steals the spotlight. These supporting players typically have rounded mound or misty shapes.

Fillers accomplish several tasks. They complement the thriller with leaf or flower color, texture, or other special characteristics. They help disguise the thriller’s base and add colorful substance in the space between soil and thriller. Aim for fillers that grow to one-third to two-thirds the height of the thriller.

Place fillers around the thriller between it and the pot rim. For a pot that looks instantly full, use three fillers in a 14-inch pot. If you’re willing to let plants slowly fill in, you can plant just two fillers: one in front and one in back, or, if they are in pots that will be in a corner or against a wall, one on each side of the thriller.

The third ingredient is a plant that trails over the edge of the container and helps tie it to its surroundings. It’s called a spiller plant. When you’re looking for a spiller, seek a plant with a sprawling shape. Leaf or flower color should contrast or echo that of the thriller and/or filler.

Plant spillers along pot edges in the openings left between filler plants. It might be a tight squeeze, but feel free to shove and shoehorn plants into place. Anticipate using two spillers for a 14-inch pot viewed from one side, or two or three spillers for a container viewed from all sides.

Other Keys to Success